The  activity  of RISA (Riyadh Initiative against Substance Abuse) started in Riyadh, Kingdom of Saudi Arabia in June 2012 under the patronage of  Subair kunju Foundation, a  Trivandrum (Kerala, India)-based charitable trust  engaged in socio-cultural, educational and public health promotional activities in Kerala since 2001. RISA was established with the objective of actively campaigning against the hazards of tobacco, alcohol and drugs by conducting awareness programs in educational institutions, polyclinics, labor camps, shopping malls and other public gatherings, in collaboration with school authorities, regional voluntary groups and agencies. It has the recognition from the National Committee for Narcotic Control (NCNC), kingdom of Saudi Arabia. The first phase of RISA activities was formally launched by Dr. Khalid Saad Al Jedai, Director of the National Committee for Narcotics Control (NCNC), KSA by releasing multilingual brochures and 15 multicolor Posters, related with hazards Tobacco, Alcohol and Drugs, on 7th April 2013 (World Health Day).

So far, during the past 4 years, more than 69 programs were conducted in different provinces of KSA. The main target was the teenage student population as they form the most vulnerable groups for exposure to tobacco- alcohol and drugs, leading to habituation and probably addiction.  Orientation course for teachers along with seminars, documentary shows, quiz programs etc. for students of several international schools were well attended and appreciated. A mass pledge against tobacco-alcohol –drug abuse was conducted in 2nd Oct 2013 (the international day of non-violence) in which more than 25000 students of many international schools in KSA participated. Similar mass pledge was conducted on 26 June 2016 (the World No Drug Day) in a larger scale attended by a record number of more than 35000 students in KSA and also about 1000 students in Sharjah, UAE.

The popular  international Malayalam newspaper and our media partner  Gulf Madhyamam Daily published a 4 page exclusive supplement to highlight and compliment RISA activities on 31st may 2014 (world no tobacco day) which was a major recognition and boost to our activities from media side.

At present RISA focus on Training of Trainer (TOT) programs through School health clubs in maximum number of international Schools of KSA, to capitalize the momentum and experience gained during the past 4 years through this campaign. RISA team expects that the TOT program will   scientifically empower the teachers and students who are actively associating with this noble venture. It is intended to train as many teachers and students as possible of international schools in different provinces of KSA with latest updated authentic knowledge remedies about TOBACCO-ALCOHOL- DRUG ABUSE. We hope for the active support and guidance from all our well-wishers in future too.

WITH GREETINGS FROM RISA TEAM 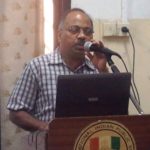 CERTIFICATES FOR THE WINNERS- ENGLISH (ALL CATEGORIES)

CERTIFICATES FOR THE WINNERS- MALAYALAM (ALL CATEGORIES)